The Importance of Treaties in Accessing the Land of Indigenous Peoples 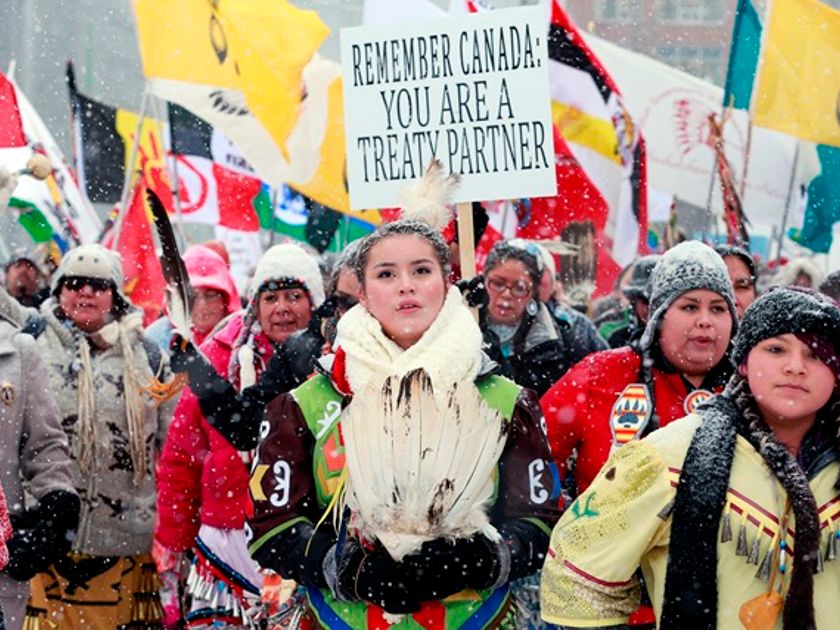 Historically, the idea of ‘progress’ has too often been at the expense of indigenous peoples. This applies just as much to mining and exploration as it does other areas of industry and commerce. However, things have changed rapidly in recent years – but some work still needs to be done.

Looking at what’s happening here in Canada, specifically in British Columbia, let’s consider the role and importance of treaties in accessing land belonging to indigenous groups – in particular, First Nations.

As one of the most mineral-rich areas in North America, mining has long been closely entwined with British Columbia’s economic prosperity – since the 1860s, in fact when an abundance of coal on Vancouver Island kickstarted interest in mining here.

However, it wasn’t until 1997 that the first ruling (the Delgamuukw case) was made by the Supreme Court of Canada in acknowledging that aboriginal title was a right to the land itself – not just hunting and fishing rights.

As a province, BC is also renowned for its commitment to the Environment, reducing climate change, sustainability, and preserving its natural resources. Part of these efforts include working closely with First Nations in a way that’s inclusive, respectful, and collaborative – which is why treaties play a vital role in formalizing rights.

There are nearly 200 individual First Nations groups located across British Columbia – over 200,000 people. About a third live on reservations, many of which contain, or are close to, large deposits of metals and minerals – including gold, copper, and molybdenum.

While First Nations have a deep spiritual connection to nature and their land, for many, poverty is a real concern. Indigenous on-reservation people are among the most financially deprived in Canada.

Given the profitability of mining, and considering mining jobs can pay over CAD$100,000 per year on average, more and more First Nations are opening up to these opportunities. However, there’s still a strong insistence that the land be treated with respect.

In British Columbia, the provincial Ministry of Indigenous Relations and Reconciliation works to ensure the welfare of First Nations communities. This includes negotiating treaties and agreements over the use of land and natural resources – as well as indigenous rights – with the federal government.

From a bureaucratic standpoint the process can seem overwhelming. For example, treaties cover Final Agreements, Agreements-in-Principle, and Incremental Treaty Agreements. Non-treaty agreements are extensive, and include everything from Atmospheric Benefit Sharing Agreements to Forest Consultation & Revenue Sharing Agreements. However, these measures are wholly necessary.

Treaties in particular play a vital role in ensuring every party involved in a particular situation respects, and is held accountable for, the rights of other parties involved. From a First Nations’ perspective, treaties are formal assurance of recognition and reconciliation by the federal (Canadian) and provincial governments – over everything from land titles to environmental protections.

Treaties are however, a long-winded process, so aren’t entered into lightly. There’s a six stage process to follow – beginning with filing a Statement of Intent and ending with the treaty’s implementation.

However, where mining’s concerned, the ease with which permits are granted, to some extent negate the processes put in place – to the extent that some First Nations have taken matters into their own hands – setting out the conditions with which prospective mining companies must abide by to access their land. However given precedents set, and given that the issue is recognized on an international level (the 2007 United Nations Declaration on the Rights of Indigenous Peoples states that mining activity on First Nations' land needs their "free, prior and informed consent.") treaties and agreements will remain an important step in land access.

Ultimately, treaties aren’t just a prerequisite for accessing indigenous lands; they’re a guarantee of inclusion for First Nations people. They enable them to maintain governance, protect sacred and significant lands, and claim a stake in the financial benefits – leading to greater self-reliance economically, and helping bridge gaps between indigenous and non-indigenous communities.

Why Gold Will Always Have Value

The Importance of Treaties in Accessing the Land of Indigenous Peoples